Our hours and locations have changed. Be sure to check our Visit Us page for more information.
Learn More
Our walk-in and drive-thru lines are subject to early closure when we reach capacity.
Learn More 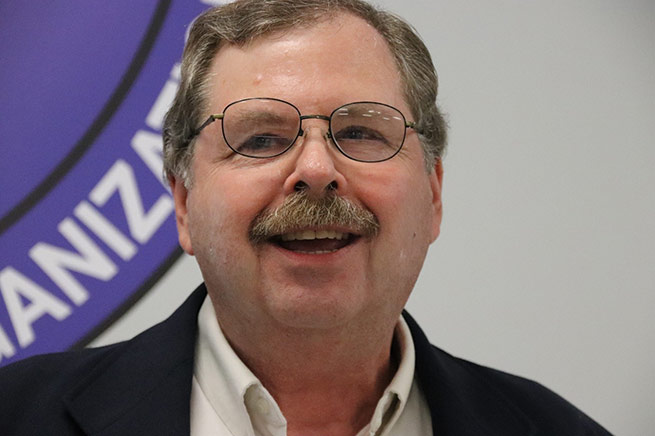 First elected in 2012, Bruce Elfant is the Travis County Tax Assessor-Collector and Voter Registrar. He previously served 20 years as a county constable.

Elfant focuses on customer service, including the expansion and upgrade of online services for customer convenience; assisting property owners with tax payment plans; and initiating public outreach campaigns for consumer education and protection.

A native Texan, Elfant is passionate about citizens participating in civic engagement. He works tirelessly on voter outreach, training volunteer deputy registrars to register voters, advocating for online voter registration, speaking out for voting rights and reminding county residents it is their patriotic duty to vote.

Travis County has the distinction of having the highest voter registration rate among Texas’ urban counties.

When he was Travis County Constable of Precinct 5, Elfant helped to establish Veterans Court, which places veterans into recovery programs instead of jail, and an all-volunteer parking monitor force that reports vehicle owners who illegally park in spaces for persons with disabilities.

Elfant has won numerous awards for his civic and community service, including:

Elfant is modest about his accolades, preferring to praise others. “It’s not about me,” is one of his favorite sayings.